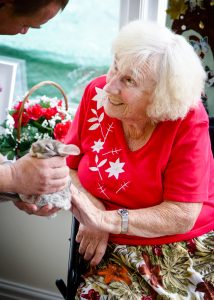 We were pleased to be visited by Steve Allday on Wednesday who brought with him a collection of smaller animals from his country learning farm, ‘Allday’s Farm’

Many Residents, family, and friends waited eagerly in the conservatory to see which animals Steve would bring and he started by bringing in some guinea pigs and rabbits. These were followed by three African Tortoises some chickens and chinchillas to name just a few.

Steve took the time to take each of the animals around those watching who wanted to handle them, some even getting to feed the guinea pigs some cucumber! 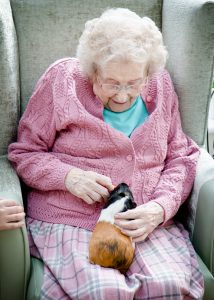 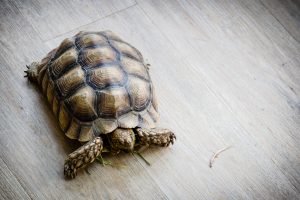 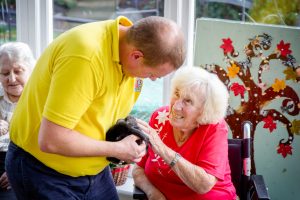 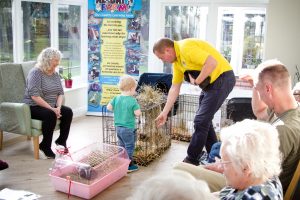 Many thanks to Geoff for the photographs.