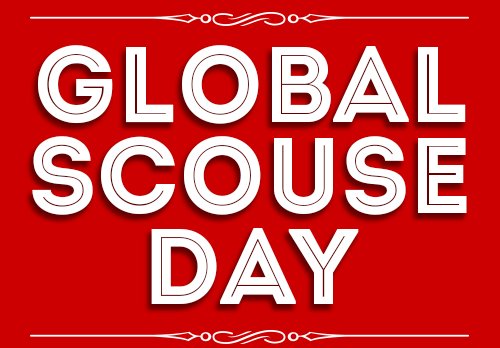 Global Scouse Day is an annual celebration of the city of Liverpool which is held every year on February 28th. It is primarily based around scouse; the meat (or veggie) stew that is synonymous with the city, and sees bars, cafes and restaurants in Liverpool and around the world put scouse on the menu for the day. Scouse is also served in Liverpool schools, hospitals, and on Virgin trains nationwide. In recent years Global Scouse Day has grown to encompass music, art and cinema from across the city.

Global Scouse Day began with a “scouse supper” with friends held every year on Liverpudlian adventurer Graham Hughes‘s birthday. When he left the country in December 2008, Laura Worthington (of Laura’s Little Bakery fame) thought it would be fun to continue the tradition in his absence.

Over the course of the following five years, Global Scouse Day grew from a small gathering to an event that captured the city’s imagination… with over 100 bars, restaurants and cafes putting scouse on the menu on February 28th, and saw support from the Lord Mayor of Liverpool as well as Everton and Liverpool footy clubs.

Since then, Global Scouse Day has become an annual fixture, raising funds for R Charity, The Whitechapel Centre, Clatterbridge Cancer Centre, and providing free food to the city’s homeless.

We at Warren Park will be joining in this celebration by putting our own scouse on the menu for any of our Residents to enjoy.