From time to time we like to consult Residents to ask about potential new dishes to be incorporated into the menu.

This survey we provided details on a variety of dishes including some of the dishes that have been on the menu as specials such as the Welsh Rarebit. It was great to receive feedback from so many Residents, which has been passed onto the catering department.

A chart of the latest results is displayed below which, has resulted in a few immediate changes to the menus including roast dinners now being offered twice a week! 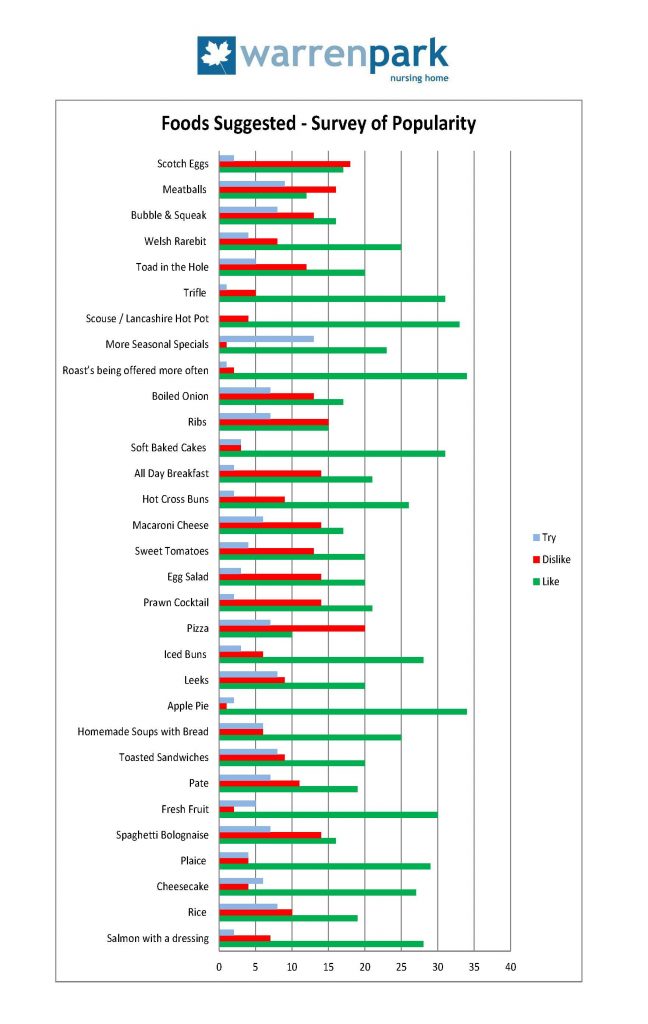