On Thursday we held a Nostalgia Afternoon.

We hold these fairly frequently throughout the year, each time having a different themed ‘nostalgia case’ to open containing old items in keeping with the theme. We usually open the case and take each item out which gets passed around Residents and visitors who we encourage to make comments or relay their own experiences and memories of the items. 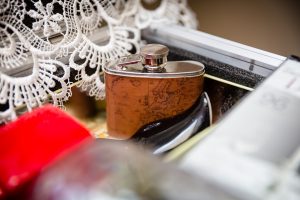 On this session, Social Activities Co-ordinator Caroline, also asked everybody about their memories of Remembrance Sunday and what it meant to them. This led on to conversations about sunday school, riding the overhead railway, places of work, Liverpool’s traditional shops like ‘Coopers’, ‘Bunnys’ and ‘Blacklers, memeries of the old rocking horse and the grotto.

Caroline showed Residents the newly introduced five pound note which was discussed further with Residents sharing their views. This led to a conversation about how much an old penny would be worth now and what Manx currency looked like so Caroline took the opportunity to use the internet tablet we provide the internet lessons on to Google the queries. Apparently old pennies are currenly selling on ebay for a pound!  Maybe we will buy some in for our next session.

It was a great afternoon spent for all who attended with some fantastic observations and stories told by Residents and visitors alike.